The launch of BIM Commission 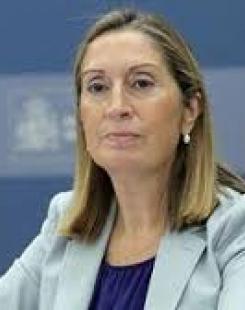 Meetings
BIM
Ministry of Public Works
15th of July of 2015

The minister of Public Works, Ana Pastor, presided over the foundation event of the Commission set up in order to implement BIM methodology in Spain. BIM (Building Information Modelling) is a technological tool used for project management through 3D digital models. It allows costs and both design and production time to be reduced, while improving engineering, architecture and construction projects at the same time.

Ineco supports this initiative launched by Ministry of Public Works that is aimed at boosting BIM implementation in the Spanish construction sector; promoting its use during the whole life cycle of infrastructures; raising public administration awareness in the establishments of BIM requirements in infrastructure tenders; setting timetables for adapting rules for its generalized use; developing national standards; and drawing up the training academic map of this methodology in Spain.

During the event, the minister of Public Works pointed out the fact that BIM is gradually being implemented and its demand as a working tool is increasing worldwide.

In the European Union, the Parliament has urged the Member States to modernize public procurement and tendering rules. Last year, the EU asked, for the first time, to take into consideration the advisability of incorporating BIM technology in these terms.

The Ministry of Public Works has assumed a leading role in this process of BIM methodology introduction through the creation of this Commission.

All this will allow a better and higher positioning of Spanish industry around the world.