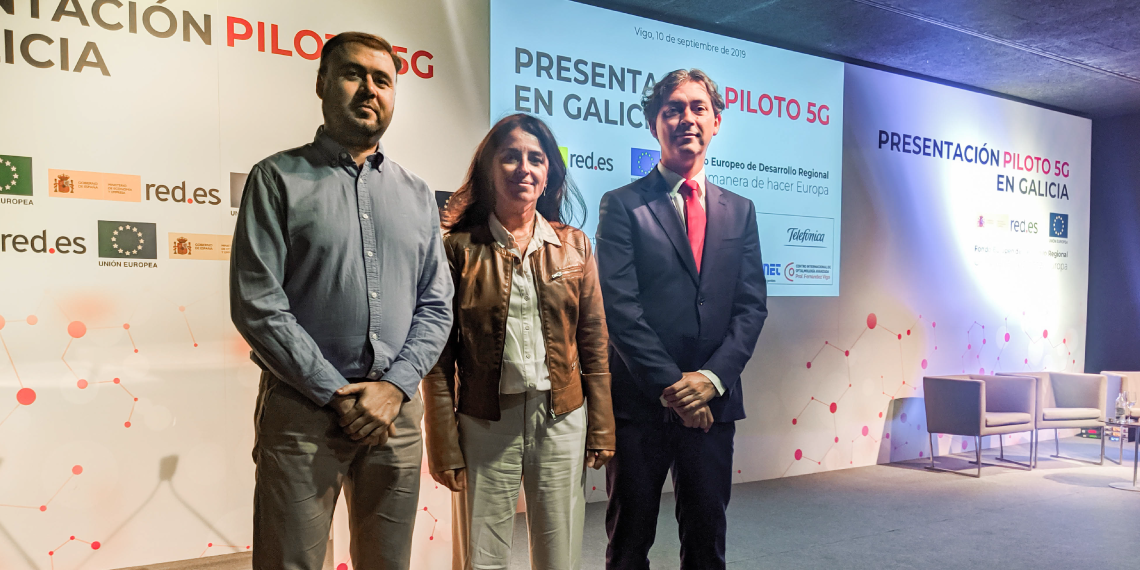 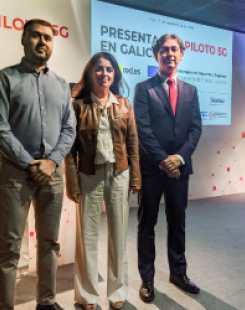 Today, the project "5G Pilot in Galicia", promoted by the Ministry of Economy and Business through Red.es, was presented. This is one of the two pilot projects involving 5G technology that the Government has promoted for the development of this technology in Spain, through a public announcement of subsidies with co-financing from the European Regional Development Fund (ERDF) in charge of the Pluriregional Operational Programme of Spain (POPE).

Ineco is collaborating actively on two of the pilot projects presented today:

The ceremony for the presentation of the project was held in Vigo, in the Museum of Contemporary Art, and was presided by the acting Minister of Economy and Companies, Nadia Calviño. The president of the Xunta de Galicia, Alberto Núñez Feijóo; the mayor of Vigo, Abel Caballero; the acting Secretary of State for Digital Advancement, Francisco Polo, and the CEO of Telefónica Spain, María Jesús Almazor, among other authorities, also participated in the presentation. Eva Pulido, Ineco's General Manager of Organization and Resources, represented our company at the event, accompanied by Ignacio Martínez, Deputy Director of Information Technologies and Javier Carvajal, the Project Manager for the project.

The 5G pilot in Galicia, which is already in phase one of development, includes a total of eight usage cases to be developed in this region by the joint venture made up of Telefónica, Ericsson, Nokia, Cinfo, Idronia, Telnet Redes Inteligentes and Centro Internacional de Oftalmología Avanzada Fernández-Vigo. Thanks to these usage cases , Galician citizens will be able to experience the enormous potential offered by this technology in their daily lives.

You can see the video of the project clicking here.

Ineco is collaborating actively on two of the pilot projects presented today: